#1 Secret To The Current State of Bitcoin with Jimmy Song 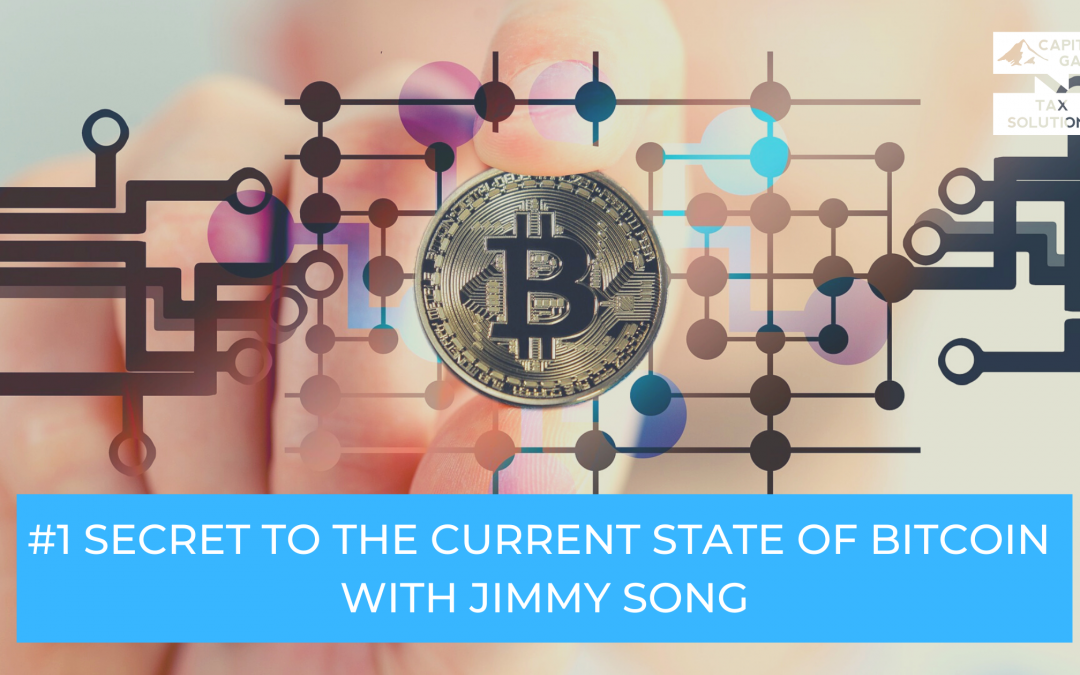 “There are major upgrades that are coming to the Bitcoin protocol that is not like required by any means, but it will add some new abilities. I think it will be very helpful for a lot of people.” – Jimmy Song

#1 Secret To The Current State of Bitcoin with Jimmy Song

There’s a major soft fork upgrade that’s happening to their coin, and it’s called Taproot. The full sort of the extent of what it will enable isn’t really apparent right now because a lot of wallets and exchanges and so on aren’t really taking advantage of it because it’s not active on the network yet. But I think we’ll see that play out over the next two or three years. Suffice it to say, it will give a lot more ability to have a little more privacy on-chain it will make the Lightning Network or layer two solutions a lot faster and better. This might sound like gobbledygook if you’re not in the industry. But this one I sort of like swimming every day. That’s how I would describe it there. There are major upgrades that are coming to the Bitcoin protocol that are not like required by any means but it will add some new abilities I think will be very helpful for a lot of people

Very good if Bitcoin or Cryptocurrency world it was a nine-inning, what say baseball game? What inning do you think we’re in right now, and why?

I would say maybe the second inning, I think the first thing was sort of like the initial sort of enthusiasm stage. But yes, we’re still very, very early. The latest numbers I’ve heard is something like 6% of the US has some exposure to cryptocurrency. By the way, I do make a distinction between Cryptocurrency and Bitcoin. I tend to view Bitcoin very differently than all the other altcoins largely due to the decentralized nature of Bitcoin, whereas all the altcoins seem to have a single point of failure, or what I would call centralized. there is a difference there. But regarding Bitcoin, I would say we’re in the second inning, because we are still early, not that many people are really involved in it. It’s kind of like I would say, Internet Circa 1995, 1996, or something like that. Where a lot of people were talking about it. But not necessarily like actually on the internet, although some people are obviously.

That makes sense to the second inning, essentially, only 6% of the US has some. And that’s incentive about the Altcoin versus the Decentralized aspect of Bitcoin versus Centralized. Would you dive into that a little bit more, because I think that’s really important to understand?

Decentralized means that there is no center, there’s no single point of failure, there’s no place that can get regulated or choked or something to that effect. All other sorts of like cash systems before Bitcoin essentially suffered from that law, including the US dollar, and many other currencies of different places where if a single entity controls it, there are all sorts of bad things that can happen, including hyperinflation. Something that’s more decentralized is something like gold, where you don’t need anyone’s permission. If you have owned some land, you can attempt to dig gold out of the background and so on. But a lot of people don’t really understand the difference between the two. I would put it as you don’t need anyone’s permission to go get gold, but you do need permission if you want to print the $100 bill. Otherwise, you would get arrested by the Secret Service and so on. Bitcoin, it’s kind of unintuitive but bitcoin is actually decentralized and digital at the same time. Whereas all of these all coins have a central controller a choke point somewhere that can be regulated, somebody that can do something to make it worse. Gary Gensler, I think, testified before Congress yesterday and pointed out that other than Bitcoin, he thinks most of these other coins are illegal security. That’s something to keep in mind.

That’s really important to know. Because you’ve got to get all if you’re doing something that’s going to be doing currency, and it’s worldwide is changing things. You would ideally get as much much support from all facets of government or the people of the banks. Bitcoin seems to be the one that’s sticking the most. Is that a fair summary so far?

Well, I would say I will put it a little differently. It doesn’t need permission from anybody else. It’s decentralized. It’s kind of like if you and I wanted to trade gold, executive order 6102. Like we could kind of do it without anyone’s permission. With every other system. You need somebody’s permission if I need to give you a bank transfer or pay you with a credit card or whatever. There’s somebody that always sits in the middle that sort of controls that transaction. With Bitcoin, there’s no third party, with a lot of these all coins and so on. So say something like the poly network, which had a major hack a few weeks ago for $600 million. Somebody basically was able to use a loophole in this contract to drain it of $600 million. The poly network people basically went out to all of the exchanges and all of the people that were mining and said, do not mind any transactions from this particular address, and they all comply. So in a sense that’s a centralized system, the person that took the 600 million ended up settling for 500,000 less than, point 1% of the nominal value. In large part, because there’s a central entity that kind of, you need permission from or else you’re not going to be able to transact with. So Bitcoin is decentralized in the same way that like a piece of gold might be. Whereas all these all coins are not that different from Fiat money, the US dollar, the Japanese Yen or your credit card or whatever. If they don’t like a particular transaction, they’re going to reverse it or censor it or do all sorts of things with it that you’re not allowed to do.

I believe that is where we’re at with cryptocurrency’s current marketplace. We closed the first Bitcoin and Ethereum case for $5 million and helped the client defer around $1.5M in capital gains tax. Now we’re getting a wave of individuals who are finding us. You might be finding us right now.

One of the biggest challenges with folks who are selling cryptocurrency is they want to be able to diversify, they want to be able to time the real estate market and or even the crypto market, they want to be able to have some liquidity, some cash flow, and so part of this vision is taking helping our clients who are in cryptocurrency, buy an investment, real estate, all tax-deferred, using the Deferred Sales Trust, also invest with Jake Mellor as the financial advisor to in a diversified investment grade security or start a business. Whatever the outcome that you want to do. Why is it that you’re investing with any type of asset? What if you could sell high, diversify, and buy back in whenever you’d like to? This is what we’ve already done and we’re doing, we’ve already proven it. 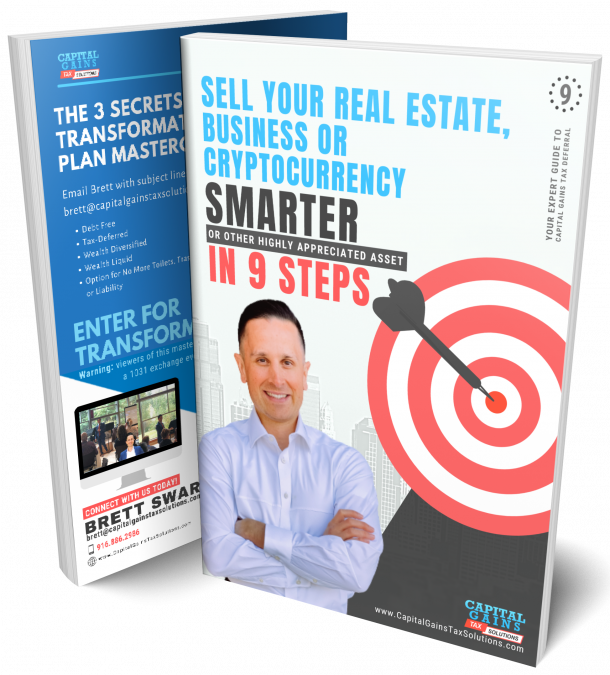